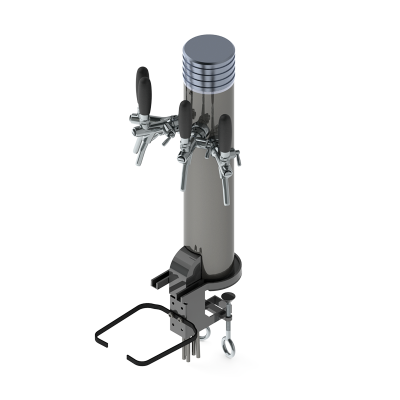 Our Razor 3″ Tower With Flow Control taps is available in two different type of finishes.

Razor tower is a perfect addition to your bar with a slender column and classy finish.The flow adjustable and self closing tap used in this Razor beer tower is best for regulating output flow and avoiding wastage.