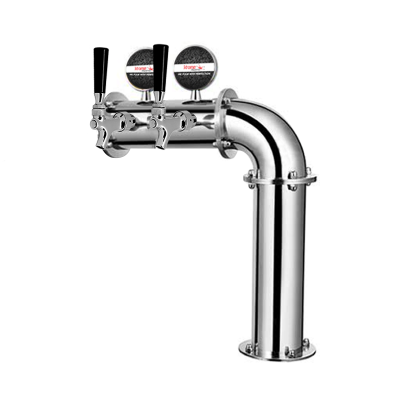 The Economy Elbow R Tower series is the latest addition to our draft beer towers category. The tower is deck mounted with the help of a supporting column positioned on one end while the beer dispensing taps are placed on the horizontal arm.Self illumination is sure to add beauty and grace to your bar!